The Lost Citadel dark fantasy RPG draws players into the setting of Zileska, a land ravaged by death and undeath, where all that’s left of civilization has gathered behind the walls of Redoubt—last remaining city of the living.

Seven decades ago, there were cities upon cities; kingdoms and nations, the remains of ancient empire. Cultures at war, cultures at trade. Races with varying degrees of alliance and distrust. Humans, elves, dwarves, and others; magic and monsters, rare but real. Regions of desolation, certainly, but also regions of plenty; forests, farmlands, and fields. And so it was for millennia, through two dynamic ages the lorekeepers and scribes called Ascensions.

Until the world ended. Most call it the Fall, but whatever term a given people choose to use, it marked the point where everything—everything—changed. 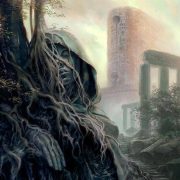