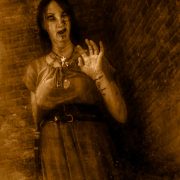 Now that we’re one week out from the launch of our Lost Citadel Talent Search, we’ve been getting queries about what sort of vibe the setting has and what stories set in the world of Redoubt tend to read like and to focus on.

While submissions to our talent search won’t require deep knowledge of either the setting or the default game system in which it will debut in RPG form, we’re thinking it might be helpful for prospective contributors to read some of the fiction from the first anthology, Tales of the Lost Citadel, and that’s what this blog post is all about.

We on the Lost Citadel team are delighted to see the long-awaited announcement that Green Ronin will be handling the printing and distribution of that anthology as part of their new fiction imprint, but as the release of that new edition is still a ways off yet, we’re offering a look at one of the stories appearing in that anthology today, as a freebie to fans and prospective contributors alike.

It’s called “The Bone-Shaker’s Daughter” and it was written by Bram Stoker Award-winning dark fantasist Mercedes M. Yardley. It’s just one of many fine tales in the collection, but it illustrates some of the central themes of the setting in some deliciously chilling ways, and we hope it inspires both your creativity and your enthusiasm to contribute to our world. 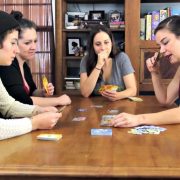 As some of you may have heard, yesterday Green Ronin announced that a new talent search will be going live in a couple weeks. Rather than tease a bit from the Lost Citadel Roleplaying project or its setting, as usual for this blog, I’d like to take this chance to talk a bit about that outreach effort.

Nicole (Lindroos, of GR) and I discussed the whys and wherefores of the concept at length before we decided to go ahead with it. We don’t enjoy the idea of exclusion, and we know that feeling excluded from things can hurt, but that is exactly in part why we are doing this talent search.

The tabletop gaming world has come a long way from its humble origins, and this includes the participation of people who identify as women. Nicole and I are proud to have been a part of that development, but we also know that there’s more that we and others can do. History shows us that women often feel apprehensive about trying to make their way in arenas that are traditionally male-dominated, even when the talent and willingness to contribute are there, and being proactive about including them is one of the best ways to address that concern.

And for clarity’s sake: Tabletop gaming is one of those largely male-dominated arenas.

As a concept, the Lost Citadel has been and will continue to be designed in an expressly women-inclusive way. One of the core team, Jaym Gates, is a woman, and half the contributors to the table of contents of the first anthology (Tales of the Lost Citadel) were women. The setting/property does not shy away from telling stories by women, about women, or for women, even as it endeavors to provide a context for telling stories that are gender-neutral. To us, that is genuine inclusivity, which is part of why non-binary-identifiying folks are welcome to submit to this talent search, too.

Both men and women were on that first anthology, and the same will be true of the LCRPG, but Nicole and I observed that if there was ever a situation in which it was clearly the right thing to do to reach out to women specifically, to let them know that there’s a place where their efforts and ideas aren’t just welcome but desired, that situation could involve the Lost Citadel.

Specific guidelines on submissions will follow in a separate announcement, but we thank everyone for their interest and for recognizing the positive effect that efforts like this can have.