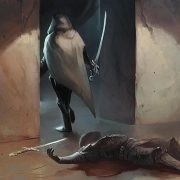 For this week’s Lost Citadel RPG blog post, we take a take a look at the historic treaty and piece of legislation that established the realities of life inside the walls of mankind’s last remaining city.

The city wasn’t always called Redoubt. The dwarves who built it and inhabited it alone for centuries called it Elldimek, meaning “saints’ refuge” in their tongue. After humanity’s remaining ranks swelled the city to teeming, and the native inhabitants were made increasingly small minority, humanity pressed its advantage, betraying its hosts at every turn. The dwarves revolted in a bid to reclaim their sovereignty over their home.

Under the leadership and strategies of the Angat warmasters, the dwarven revolt was soon put down, and humanity gathered to discuss and then sign into law a new world order. They called this the Accord of Last Redoubt.  Among its highlights were as follows: 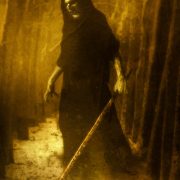 Greetings, and welcome to the inaugural post for the Lost Citadel RPG blog!

We’ll be using this space to tease some of the concepts and art for the Lost Citadel as we roll along towards the launching of our crowdfunding project on Kickstarter (currently slated for late May/early June, but don’t hold us to that quite yet). For those who’ve been following our transmedia experiment from the get-go, much of this will seem familiar, but not all of it, as we’ll also be using this space to reveal some things about the game as it develops!

To start with, we should probably say a bit about what created the city of Redoubt in the first place: A horrible period that the last remaining people alive refer to as the Fall.

Around the city of Redoubt, if you ask what caused the Fall you’ll likely hear a variety of explanations. Some will say the doors to the Underworld flew from their hinges. Others will swear up and down that the vaunted elf kingdom could only grow as powerful as it had on the strength of dark magic, and that it’s all their doing and fault.

But the answer you’re likely to hear most is, “The god of the dead went mad.”

By the end of the Second Ascension, most of the world’s human population was monotheistic, thanks to the spread of Venmir word and the establishment of the powerful Angat Church of Man. Among the polytheistic elves, however, there was indeed a god of the dead, for the near-immortal elf feared death like he feared nothing else, and whatsoever a people fears, that people deifies.

While none can say for sure, it remains true that after the en-masse sacrifice of the elven race, the world’s few remaining elves carried Amarset, their monstrous aspect of death, to Redoubt when they arrived in the company of the Menhada. Obviously, prayers and offerings to Amarset are met with mixed reactions today, as some believe it was he who went mad in the waning days of the last Ascension, and in so doing brought the dead to restless life.

It is not an irony that goes unnoticed that almost all that remains of the elves’ lost pantheon is the one deity who just might be responsible for all of this. 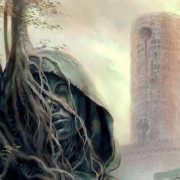